It's Monday morning and students enter the classroom after the weekend, wishing it would have lasted a few days longer.

Robert Thompson, a substitute for 14 years with Chandler Unified School District, is situated at the front of the classroom ready to start the day. He glances across the room noticing the tired expressions on the faces of the students - an expression he recognizes all too well. There is only one way to knock off the weekend rust, and start the day.

As the bell rings, Robert clears his throat and starts the class, “This farmer is driving home one day, and he happens to see these penguins out in the pasture. He loves animals, so he decides to pick the penguins up. He puts them in the back of his pickup truck. He's driving home with them, and this police officer sees him and pulls him over…” 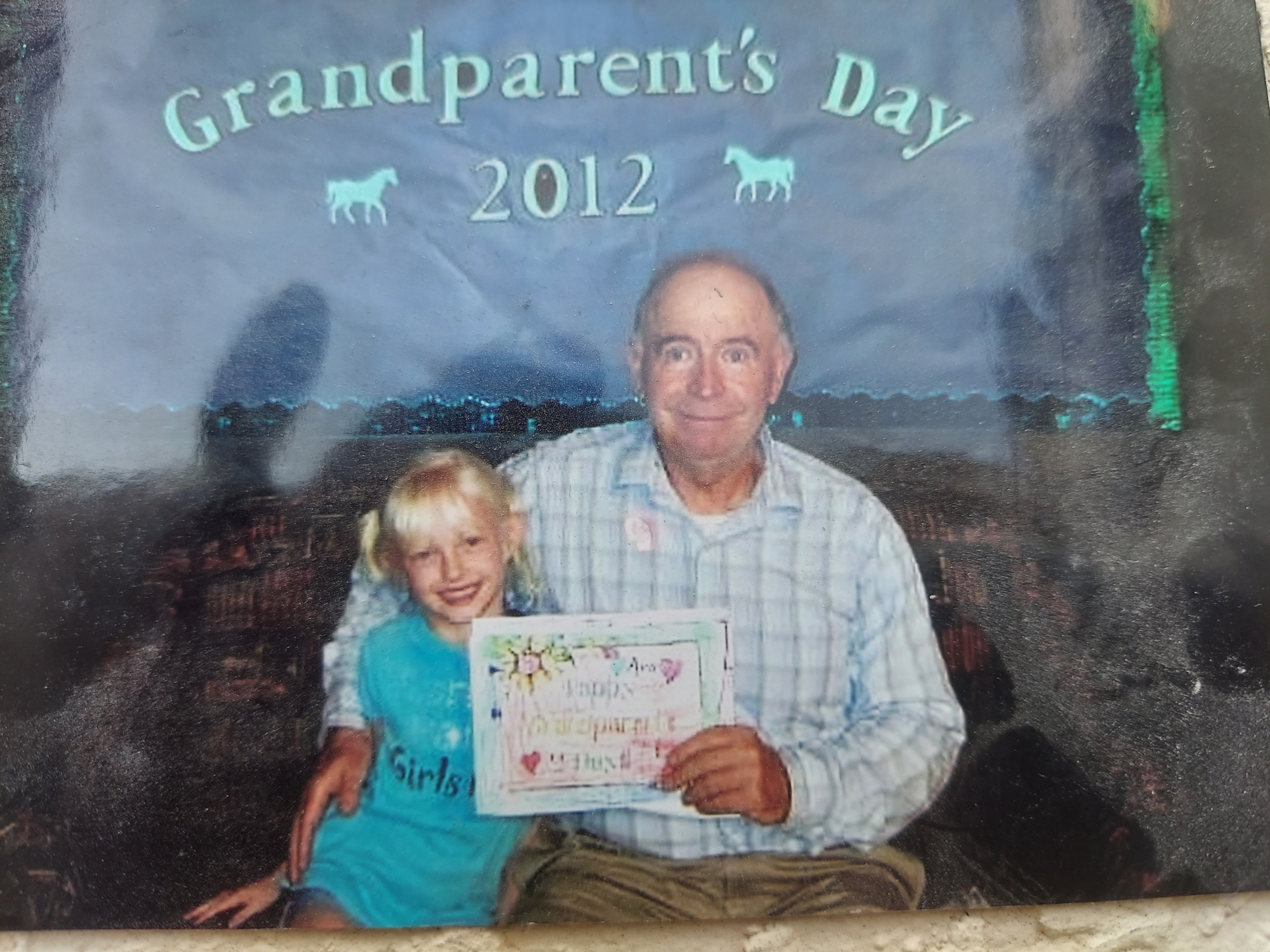 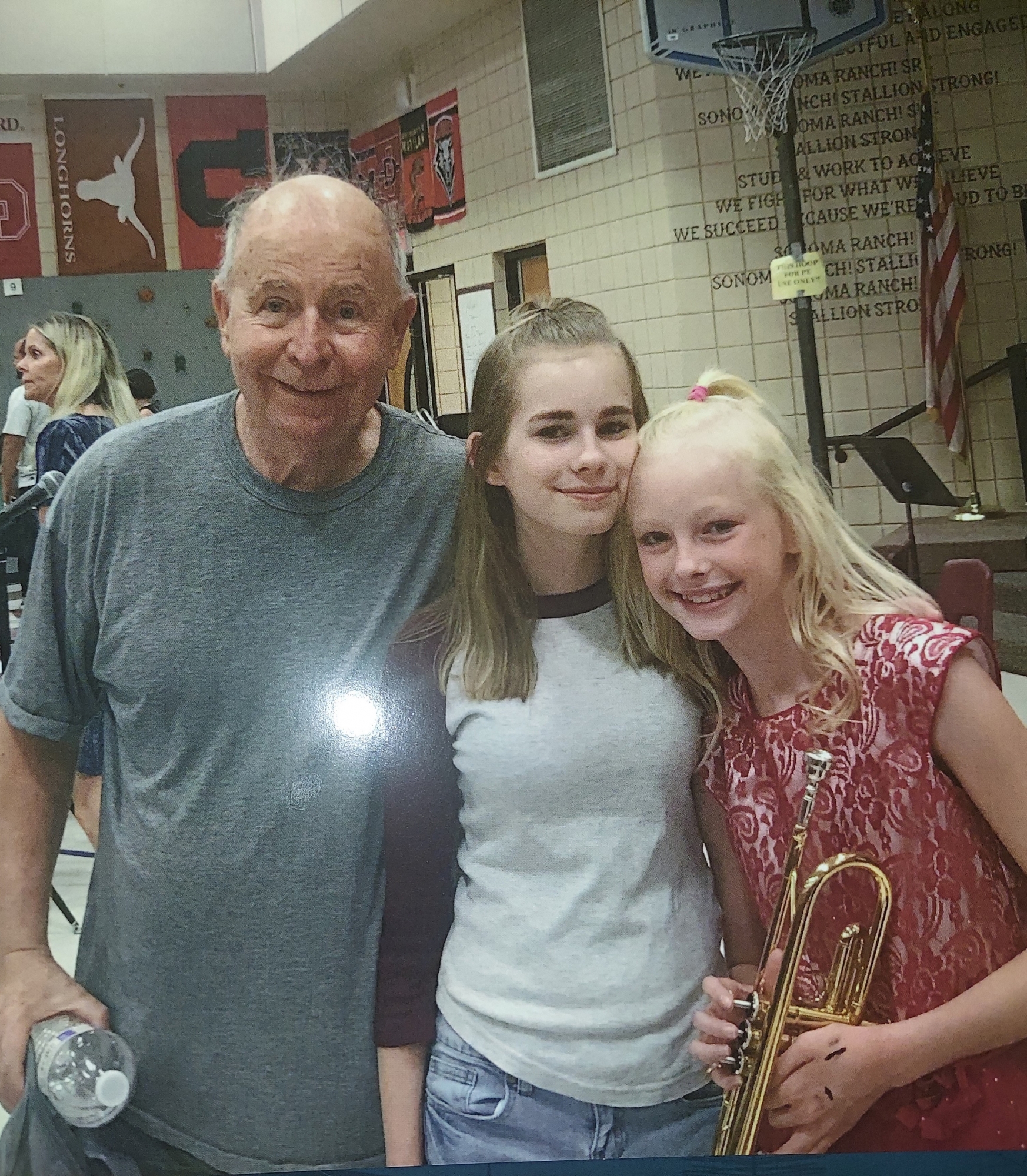 Robert uses the penguin jokes to establish rapport in the classroom. The tired faces in Robert’s class that day were familiar on a different level to him however. Robert was once an uninspired high school student, going through the motions in an unfamiliar environment with “meaningless” schoolwork that really didn’t matter as much as sports – where he conversely exceled. Reading wasn’t his “thing.” Math wasn’t exciting either.

Like many students, Robert emphasized athletics and his social life, while getting further and further behind in his schoolwork. It wasn’t long before Robert found himself in remedial courses, as he was a so-called “slow learner” in both English and math. His peers weren’t smarter than him, they were just doing the work. They were spending time studying and Robert wasn’t. Robert wasn’t sure exactly how he got there, but he felt stuck.

A military kid whose stepfather was in the Air Force, Robert transferred from Atwater High School in rural California to Okinawa, Japan for his senior year. Though he hadn’t really planned on going to college, he had the opportunity to have some of his education paid for due to his family’s military ties. That opportunity motivated Robert to “catch up” in college.

Robert snapped out of it. He committed to reading – to doing the work. To leaving the remedial classes and to getting himself to college. Robert never would have guessed that he would be inspiring young people to do the same thing today, decades later.

Every Day Is Different

Today, Robert has more than 25 years of teaching experience in Arizona schools, from his birthplace of Yuma to Phoenix, Mesa, Kyrene, Gilbert and now the Chandler Unified School District, where he has been a sub for 14 years.

Robert originally began a career in the escrow and business worlds, even owning his own business. Working at the title company and in financial services was predictable, often stressful and rarely rewarding for Robert.

But it was the variety of experiences and relationships he built working with kids through his church’s Sunday school and as a camp counselor that drew him to life in a classroom. In 1985, after nearly 10 years of working in the escrow field, Robert went back to ASU to get certified to teach elementary and secondary school kids in Arizona. 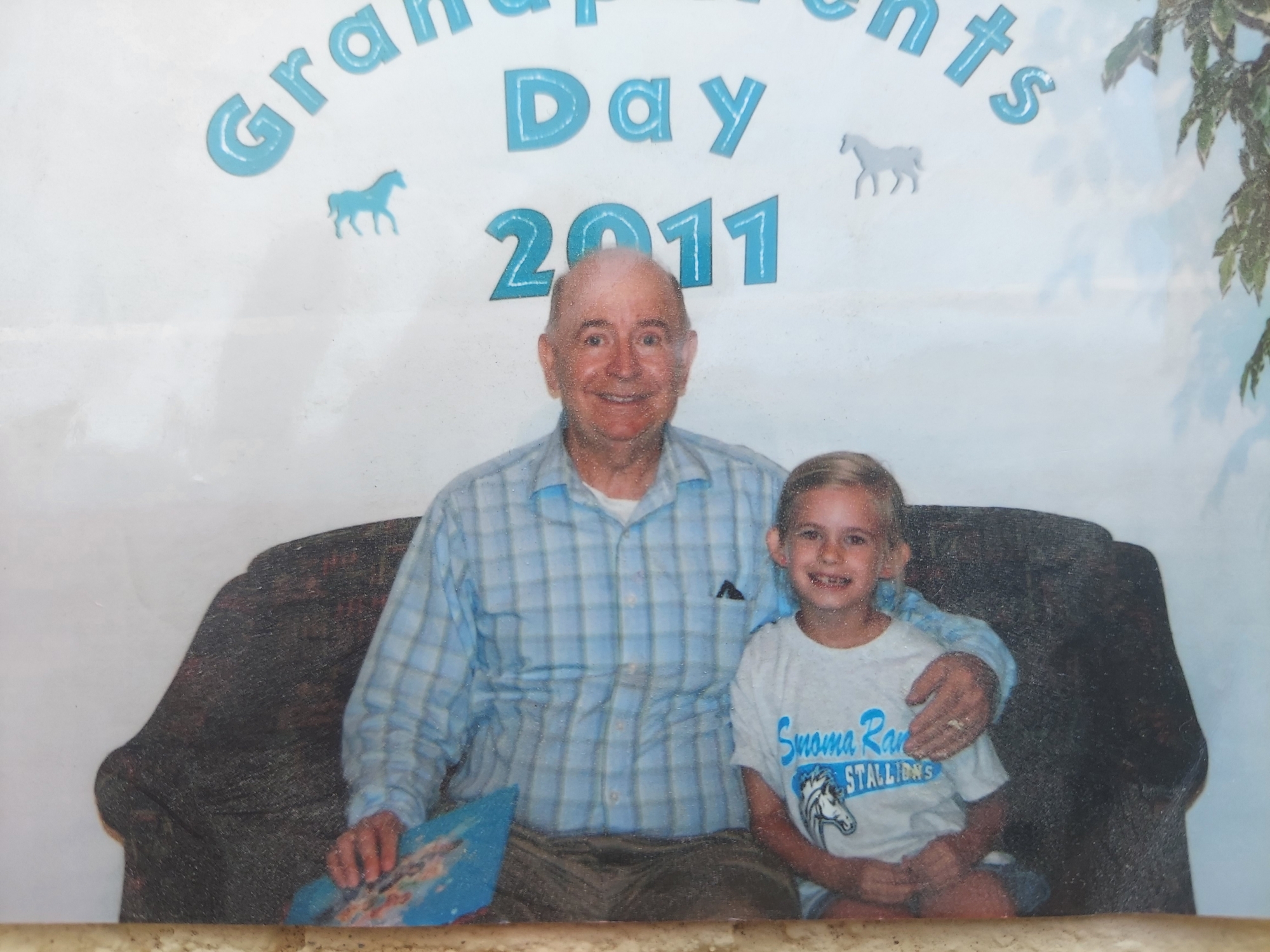 “I like the variety in teaching and the interaction with the kids. It’s kind of unpredictable. In business, like in escrow, you knew pretty much what was going to happen every day, and you weren’t always interacting with people. It was kind of boring and stressful at times.”

“I like the variety in teaching and the interaction with the kids,” says Robert, who has worked with ESI for the past two years. “It’s kind of unpredictable. In business, like in escrow, you knew pretty much what was going to happen every day, and you weren’t always interacting with people. It was kind of boring and stressful at times.”

“Of course, teaching is stressful, too, at times,” Robert continues, “but there’s variety from being with the kids and their different personalities and learning from them and what their experiences have been. You’re trying to help them learn and grow as a person.”

Robert’s late wife was also a teacher, and provided him with much of his inspiration to enter the education field. Since Robert joined the teaching field more than a decade after first graduating college, finding a full-time teaching position was challenging at first. After subbing in the Kyrene School District for eight years, he received an opportunity to teach full-time at Castle Dome Middle School in Yuma.

After two years there, Robert took a job teaching sixth grade in Gilbert. He then became a floating sub at Augusta Ranch Elementary School in Mesa and subbed at Payne Junior High School in Queen Creek for eight years.

Today, he’s a sub at Casteel High School in Queen Creek. Robert’s a journeyman substitute teacher, with decades of experience at elementary, junior high and high school levels in addition to around four years of full-time teaching.

"...there’s variety from being with the kids and their different personalities and learning from them and what their experiences have been. You’re trying to help them learn and grow as a person." 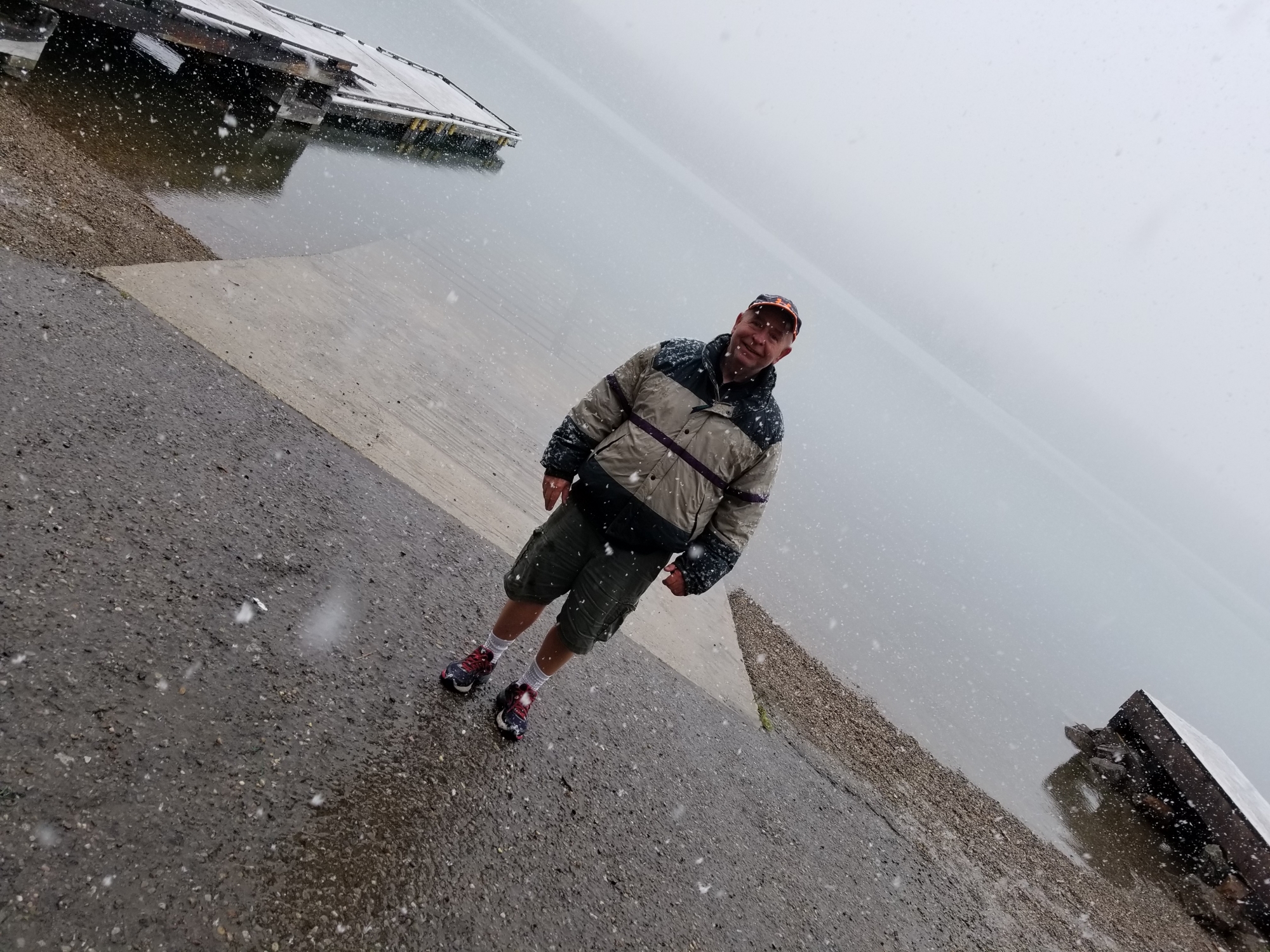 “I’ve seen some substitutes come in with a real authoritative attitude. The kids, from what I’ve found, don’t respond to that very well. You have to have humor, otherwise life’s not going to be as fun.”

As Robert thinks back to his early struggles in learning, one thing stands out: Students have different learning styles. He strives to engage students, whatever their learning styles are. As a sub, he tries to get to know students and build relationships with them so he can be more effective with each lesson.

“Each person is different and has different ways of learning,” Robert says. “That’s how you have to approach it. You have to look at the individual, how they learn and what interests them. That’s why you need to interact with the kids and get to know them as best you can.”

The key is to help prime the students for learning. Robert’s classroom philosophy is influenced by the three F’s: firm, fair and friendly. He fosters a democratic atmosphere in the classroom, where he’s in charge of facilitating learning while encouraging the kids to have fun.

It’s the reason Robert usually tries to tell one of his favorite jokes or riddles to start class. Most of them just happen to include penguins.

“I’ve seen some substitutes come in with a real authoritative attitude. The kids, from what I’ve found, don’t respond to that very well,” Robert says. “You have to have humor, otherwise life’s not going to be as fun.”

Robert says riddles, jokes, and engaging the students this way helps to liven up the classroom environment, which allows the students to pay attention and learn. Robert tries to reach kids by making subjects interesting and practical. He strives to relate knowledge as something students can use in their everyday lives. Being firm, friendly, and fair makes Robert’s lessons relatable and memorable. It’s common for students Robert taught years ago to run into him while out in the community and tell him they remember the jokes he used in class.

“You know, I'll run into [students],” Robert said. “And they’ll kind of remember me, and some will say, ‘you're the best substitute I've ever had.’ And you know, that’s kind of motivating to me. I don't know what I do to relate to them, but I just like to talk with them and get to know [the students].”

Lifelong Learning is No Joke

Robert’s love for reading has certainly come a long way. In high school, Robert refused to pick up a book. Today, he aims to read at least a half-hour a day and has a stack of books he looks forward to, in addition to listening to audiobooks. He is considering taking more college courses, too. In the past, Robert has taught non-English-speaking students and often substitutes Spanish classes today. He’s always wanted to learn the language, so Spanish is on his radar for continued education.

When he’s not in the classroom, Robert is a mentor to his nine grandchildren, four children and other family members. And while he’s most proud of his family, the decision to become a teacher is a close second.

His experience in motivating himself to focus on his education wears off on his students, and allows him to connect with them on a level that other educators can’t. Robert has shown that it’s possible to go from “slow learner” to “lifetime learner.” Lucky for us, he has inspired thousands of students to do the same...using humor to lead the way.

Bonus Material: How About One of Those Penguin Jokes?

This farmer is driving home one day, and he happens to see these penguins out in the pasture. He loves animals, so he decides to pick the penguins up. He puts them in the back of his pickup truck. He's driving home with them, and this police officer sees him and pulls him over.

“The police officer says, ‘Sir, why do you have those penguins in the back of your pickup truck?’ The farmer says, ‘Well, officer, I know, it's strange. But I was just driving home and I saw these penguins out on the pasture. I just want to help them out and figure out what to do with them.’ The police officer says, ‘What I'd like for you to do is take them to the zoo.’ The farmer says, ‘Oh, of course officer. Yeah. I'll be glad to take them to the zoo.’”

“The next day, the farmer is driving along and he has the penguins in the back of his pickup truck, except this time, they have sunglasses on. The police officer sees him and pulls him over and says, ‘Sir, you know, I told you to take those penguins to the zoo.’ The farmer says, ‘Officer, I did. I took them to the zoo, and I had some money left over. So today I'm taking them to the beach.’”

How can you make an impact as a substitute? Leaning on his vast substituting experience, Robert stresses the importance of classroom preparation. Some full-time teachers leave lesson plans for subs that are several pages long. If you’re a sub tasked with teaching something complex, like a math formula or a foreign language, it’s helpful to take extra time to review the lesson plan before class starts.

Something else that’s important to be aware of? Each school’s emergency preparedness system. Robert advises to make sure you’re aware of the school’s lockdown and fire drill procedures, since you’re ultimately responsible for your students’ lives in case of an emergency.

Robert also likes to greet kids at the door when they enter the classroom, if possible, and extend pleasantries like a “good morning” to set a positive tone for class. Robert tells students a little bit about his background before reminding them of rules to follow as they start classwork for the day.

After each class, Robert suggests helping the teacher you’re subbing for by leaving them a note with what went on, any behavior problems you encountered, etc. That gives you a chance to build relationships with teachers you might sub for again in the future, too.