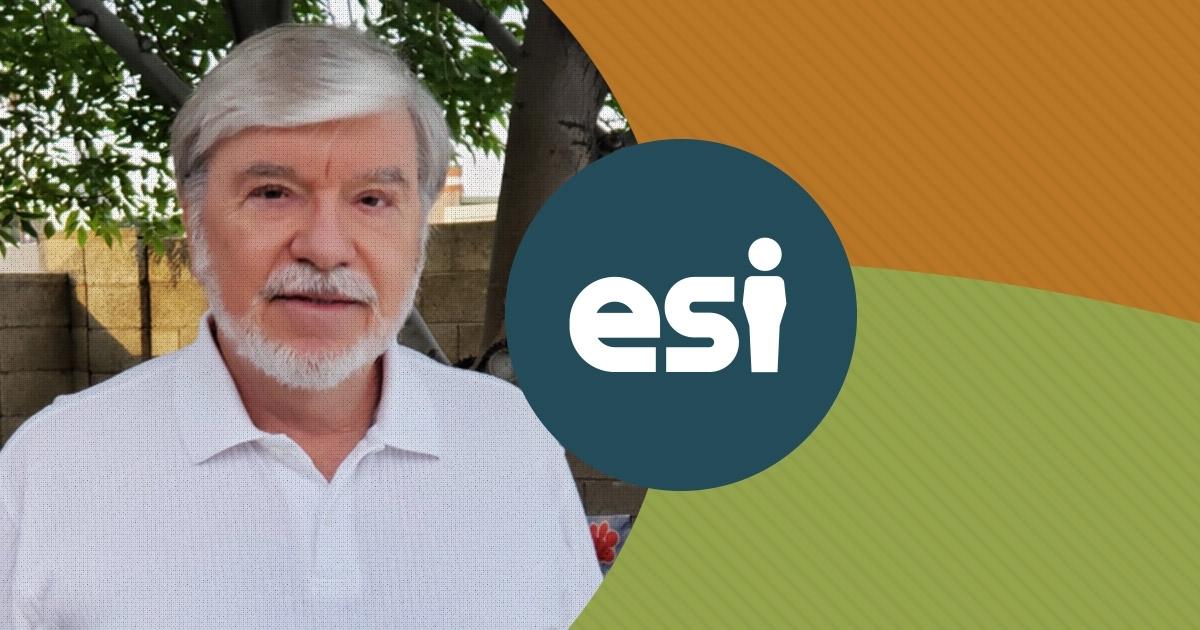 After a 25 year career as a corporate executive in the insurance industry, you'd think
Bob Stambach would welcome the slower pace that retirement brings; not Bob.

Insurance executive. Photography entrepreneur. Beloved grandfather. Volunteer extraordinaire. Stellar substitute. Bob Stambach, a six-year substitute for the Deer Valley School District, will be the first person to tell you that the path to fulfillment is never a straight line. Quite often, it just takes one child to start you on a totally unexpected journey.

After a 25 year career as a corporate executive in the insurance industry, you'd think Bob Stambach would welcome the slower pace that retirement brings; that's not Bob's style. When one chapter of his working life came to an end, he leveraged the opportunity to turn his passion for photography into a business. Little did he know, he was embarking on a journey that would lead him into marriage, fatherhood, and eventually substitute teaching. 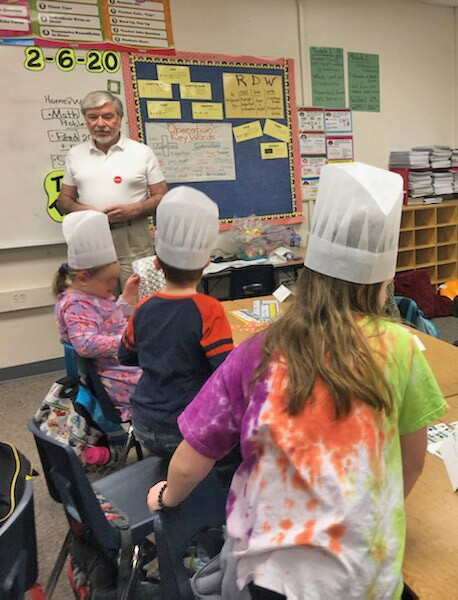 A Calculated Risk Turns Into a Huge Reward

Bob grew up in Central Illinois, with an interest in science and math. He attended the University of Illinois studying finance with a double minor in mathematics and chemistry. Following in his father's footsteps, he began working in the insurance industry for Pekin Insurance. In 1976, Bob transferred to Prudential Property and Casualty Insurance in San Francisco. After 25 years in the industry, Bob decided it was time to hang up his corporate hat and follow his dream to be a photographer. In 1994, Bob moved to Arizona, where his parents lived, and opened his own photography business. After spending his entire corporate career calculating risk for other people, Bob's own calculated risk would alter his destiny. His choice to start a business led him right to his future wife, Donna. Donna was working for the phone company and she came into Bob's photography business to set up his phone system.

That lucky meeting at the studio blossomed into a 20 year marriage, and Bob eventually became the legal guardian of his step-granddaughter. Bob embraced his new role raising his granddaughter and fully immersed himself in her activities and education.

Bob and Donna often took care of their granddaughter, Ellee, so much so that Bob says "it was a slow transition, like [losing] your eyesight, if you don't realize your eyesight is going and you put on glasses, suddenly you see [clearly]!' And suddenly Bob was a full-time dad and Bob did what he does best: diving in headfirst, completely immersing himself in Ellee's life.

From Entrepreneur to Educator

Bob became involved in Ellee's school, Bellair Elementary, when she enrolled in kindergarten. Since then, he frequently volunteered in the classroom, filling in as crossing guard, lunchroom monitor, playground monitor, office staff, and various other positions within her school. When his granddaughter entered first grade, he helped reinvigorate an abandoned PTA and served as both treasurer and president for two years. Additionally, Bob has served on the District Parent Organization, has been a member of the Bellair Continuous Improvement Team, and was recognized as Volunteer of the Year in 2013! Not to mention running for an at-large seat on the Deer Valley School Board in 2016.

Bob spent so much time at the school performing various volunteer activities that the Principal suggested that he become a substitute teacher. Not being one to shy away from a challenge, Bob did just that. Having already known the students from working in the classroom, leading the class as an instructor was a natural transition. And while he didn't have prior classroom teaching experience, his various professions provided him with the know-how. 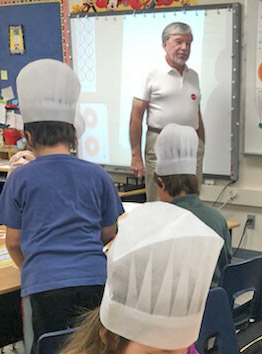 Bob's "past lives" in both corporate life and entrepreneurship provided a rich foundation for classroom teaching. His experience managing over 200 people in corporate America taught him how to handle people, manage a crowd and adapt his communication skills based on the "limitations due to age, background and learning abilities which are on a different level than that of adults,' according to Bob. While running his photo studio, Bob worked with employees in their late teens and early twenties, preparing him to work with more of the middle school to high school aged students.

Bob sums up his skillset with people management, adaptable communication, and setting clear expectations and boundaries. He shares, "If you let [students] get by with too much, you've lost control and it's very difficult to turn that around."

Because of Bob's robust background, he is able to incorporate real-world examples into the classroom, bringing the lessons to life. For example, when teaching Earth Science, Bob was able to relive the 1989 San Francisco Earthquake. Bob was working in San Francisco when the historic 6.9 magnitude earthquake hit, destroying buildings, freeway overpasses and killing 67 people. Bob recalls streets rolling like waves; he watched buildings sway like tall trees in the wind and wondered how they didn't break. For students who have never experienced an earthquake, this first-hand retelling gives them a powerful visual with a personal spin. As Bob states "having real-life experiences and being able to relate that to the kids really adds value to [the lesson]."

When it comes to setting a substitute teacher up for success, the seasoned businessman offers these words of wisdom, "it's all in who you know." Bob advises substitute teachers to first find out who the key person is for you to go to when you need help; typically, the principal or secretary. Then, pinpoint which teachers you can touch base with if you need help with the class or the lesson; that might be the one next door or across the hall. Most importantly, Bob emphasizes, "get to know the janitor!" He continues, "the janitor knows and sees all. They know their way around campus, they know what's going on, they know where everything is and they can be very helpful."

"As you get older, you don't want to slow down. Because [life] is like a speedboat in the water. If you stop that boat really fast, the wake comes up and smacks you in the back of the boat."

Bob's full immersion into his granddaughter's life didn't end with involving himself in her education; Bob is an active participant in her extracurricular activities. When Ellee wanted to learn the violin but was lacking the motivation to practice, Bob took up learning to play the violin so they could practice together. When she got involved in the theater, Bob became the photographer and videographer for the theater group and also helped with lighting and sets. Bob became such a fixture at the theater that they coined the nickname, Mr. Bob.

Now considered a staple in the Deer Valley School District, Bob is nowhere near lightening his load. Rather, he's looking for more ways to involve himself in education and his students; using the full breadth of his life experiences to enrich their learning.

For Bob's granddaughter and her friends, Bob is the go-to guy. There isn't anything he doesn't know, or that he won't figure out how to do. While we were talking with Bob, he took a phone call from his granddaughter seeking camera advice for one of her friends.

In his "free time," Bob loves to travel. He's been to 45 of the 50 states, Canada, Mexico, Germany, Austria, and Switzerland. He loves trains and has a goal of going to Russia to ride the Trans-Siberia Railroad. Bob and his granddaughter share a love of the theatre and they have traveled to New York to see Phantom of the Opera, Wicked, and Hamilton.

He's been to 45 of the 50 states, Canada, Mexico, Germany, Austria, and Switzerland.

Bob has seen and done it all with no intention of stopping anytime soon. He shares the following analogy on life post-retirement, "As you get older, you don't want to slow down. Because [life] is like a speedboat in the water. If you stop that boat really fast, the wake comes up and smacks you in the back of the boat." Instead of letting the figurative water come crashing down on him, Bob is riding that wave onward - enriching the lives of his family and students one lesson at a time.